You are here: Home / Blog / Why doctors should not be testifying to nursing standards of care 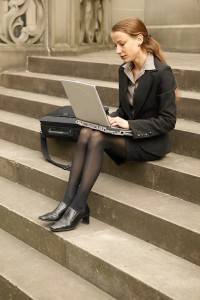 Nurses are the right people to testify about nursing standards of care, right? It was not always so self-evident. We can thank the Sullivan case for reinforcing the validity of this approach.

The Illinois case called Sullivan V. Edward Hospital, 806 NE 645 (Ill. 2004) involved a man who climbed over side rails and was found on the floor with a head injury. The plaintiff attorney supplied a physician as the liability expert. He was critical of the nursing care by stating the nurse should have restrained the patient. He also testified the nurse “missed the diagnosis of delirium completely.”

When I became an expert witness in 1987, the tide was turning against physicians who testified about nursing standards of care.

Until the early 1980s, it was commonplace for physicians to testify about the nursing standard of care. The status of nursing has changed.

Nursing and medicine are two distinct professions albeit with some overlapping functions.

Even though nurses and physicians closely interact with each other, and have a few areas of overlapping responsibilities, they function in two distinct specialties. Woe be it to the nursing expert who utters anything in a deposition or trial that sounds critical of a doctor. The predictable flow of questions follows:

Q: Nurse, you did not go to medical school, right? You did not complete a residency in (name of specialty), right?

Legal nurse consultants may assist an attorney develop questions to challenge the qualifications of a physician who is offered as a liability expert witness in a nursing malpractice case:

A series of “no” answers helps to establish that the archaic practice of allowing physicians to testify about nursing standards of care should be laid to rest.

Part of this post was based on Butler, K. Nursing: Qualifications for Testifying on Standard of Care, Journal of Legal Nurse Consulting