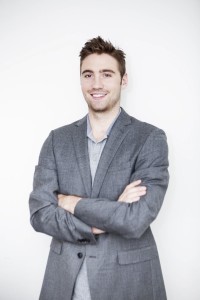 Is becoming perfect possible? “Joe” (name changed) had on the surface everything going for him. He was a graduate of an Ivy League college and ran a successful business. He was personable and friendly and made others feel important and respected. But Joe had a piece missing from his personality: a conscience. He was a charming sociopath.

Joe took chances. He was married with two children and a mistress. He asked the person who did his income tax if he could write off as tax deductible the expenses associated with his mistress. (No.) His wife, who was oblivious to the fact of the mistress, loudly declared in my presence at a party that they had been married for so many years that she was not worried about his faithfulness. Shortly afterwards, Joe left his wife and married his mistress, who was quite wealthy as a result of having previously married two very successful men.

Joe wanted to improve himself. One time he declared that every year he would correct one character flaw. “At the end of 10 years”, he said, “I’ll be perfect.” Within that 10 year period, he was removed from the CEO position, given a healthy severance check, and somehow rather quickly spent that money. I lost track of Joe for awhile, until I heard he was arrested.

Joe had come up with what he thought was a brilliant scheme. He advertised a weekend getaway property in another state and collected the rent (through the mail). The people who sent him money drove to the location, only to find a vacant field. After a year of doing this, Joe found out someone had complained and notified the law enforcement authorities. They were waiting for him in the post office when he went to collect more rent. Mail fraud usually results in imprisonment. How would this Ivy League graduate, former CEO making hundreds of thousands of dollars a year fare in prison?

Joe avoided going to prison through a combination of luck and negotiation skills, with his defense paid for by his alma mater. He had to make restitution to the people he had defrauded.

Joe went out fighting. Recently I found his obituary. He died at age 77. I also found a court document. Two years before he died, he was arrested for “defiant trespass, disorderly conduct engaged in fighting, and making unreasonable noise”. He was released on a $10,000 bail. His obituary made no mention of his arrests for mail fraud or fighting, but spoke in glowing terms of his involvement in his local church. His first wife and their three children were mentioned. His second wife was not mentioned at all, as if she never existed. (He was married to her during the mail fraud years.) The obituary suggested that donations in his honor could be made to his Ivy League school, the one that paid his defense fees for the mail fraud criminal charges.

I did not donate.

Pat Iyer MSN RN LNCC is the president of The Pat Iyer Group. And she does not aspire to be perfect.