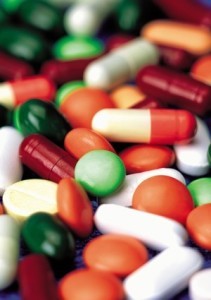 A legal nurse consultant may screen a medication error case for merit. The LNC recognizes that is often easiest to screen a case by starting with the damages. What happened as a result of the alleged medication error? Permanent, severe damages have the highest potential for providing compensation, assuming that liability and causation can be established.

Do these three recently reported medication errors meet that criteria?

The first instance of screening a medication error involves an Alabama case reported in March 2014. A 62-year-old man went to the emergency department because of extreme weakness, fever and a dry hacking cough. The physician diagnosed him with pneumonia. He had a typed list of medications he was taking. The list was made part of his hospital record. He took Lithium carbonate for a total of 900 mg per day in two doses. He took 300 mg in the morning and 600 mg at night. At the time of his admission his Lithium level was normal.

When the patient’s medications were transcribed by a nurse, the nurse wrote the Lithium as three 300 mg tablets three times a day for a total of 2,700 mg instead of the 900 mg the patient had been taking. His doctor (Dr. Meka) checked the form but failed to recognize the error. The patient received eleven days of 2,700 milligrams of Lithium. He deteriorated and died.

The family reached a settlement with the doctors and the nurse for $1 million, leaving Dr. Meka as the defendant in a trial. The jury awarded $1.85 million dollars and subtracted the one million dollars already received in settlement. Chambers County (AL) Circuit Court, No. 09-900138, Estate of Haralson v Meka

Nurses need to understand that Lithium is associated with a significant risk of toxicity. This was a fatal transcription error.

Here is another case reported in April 2014. A physician prescribed one of set of triplets intravenous fluids of D10W at the rate of 4.5 cc per hour. She received fluids at that rate for 2 hours. When a nurse hung a new bag, she set the IV pump to run at 405 cc per hour, using an IV pump intended for use by adults. The infusion went at that rate for 46 minutes before another nurse noticed the newborn looked puffy.

The infant’s blood volume increased by 250 percent and her weight increased by twenty percent in less than an hour. A physician was able to lower the infant’s glucose levels while bringing up her sodium levels. She was diagnosed with brain damage and had a low IQ and difficulties with executive function. The case settled for 7 million in Illinois. Rachel Cooper v. Edward Hospital, DuPage County (IL) Circuit Court.

It is hard to understand how a nurse could identify 405 cc as a correct rate of infusion for an infant. I can speculate that the nurse did not deliberately set this rate, but the results were severe.

Potassium chloride is a potentially deadly drug. The third case involved a potassium chloride medication error that killed a woman. A nephrologist wrote an order for a patient who came in for an elective amputation of a gangrenous toe. She was on dialysis for end stage renal disease.

The nephrologist wrote an order for 10 millieqivalents of potassium. The physician changed his mind and attempted to write a 2 over the 1 in the original prescription. The nurses and pharmacists interpreted it as 120 milliequivalents. This is a fatal dose. A nurse administered it for four hours until the woman had a cardiac arrest and died.

The hospital settled for a confidential settlement. The nephrologist admitted that the prescription was not clearly written but argued that it was unforeseeable that such a high dosage would be administered without being questioned.

The hospital’s computer tagged the order for confirmation but no one confirmed it. The jury concluded the hospital was 90% liable and the doctor was 10% liable and awarded $379,122.39. This Texas verdict was reduced to $37,912.24. Martha Garcia, Judith Rocha et al v. Baptist Health System and Flavio Alvarez MD

What do you learn from this case? You would expect nurses and pharmacist to question a dose of potassium chloride this high, yet it slipped through the safety net.