You are here: Home / Blog / Angry Attorneys: How to Decrease the Fire When you are confronted by an angry attorney, are you really listening?

Active listening with an angry attorney

When you can be present and curious (and not immediately defensive) while listening to an angry attorney, you actually are there for the experience. The benefit of that is it reduces your judgments and you do a better job of really assessing what’s going on.

The second thing it really does – it allows you to hear what the angry attorney is saying. A lot of people think they are hearing, but they’re not really listening to what the person is saying.

Hear the angy attorneys because what they’re telling you that they’re upset about is on the surface. There’s probably a deeper meaning. When you start listening to what people are saying then you can pick up cues, not only in their words but in the tension of their voice and the volume. Really listening allows you to hear so much more than the words being said.

The advantage of that is it could help you identify what the conflict is. They could be calling you about one thing and the conflict is completely different. After you hear them out and really listen to them, you check in:

“It sounds like you’re troubled by XYZ” or whatever it is.

It gives you an opportunity to really pinpoint what the issue is and lets them know you’re listening to them, but it also gets you to clarity. What is the real issue here because if you try to fix the non-issue, you’re never going to get it resolved. 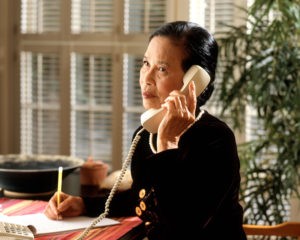 What are the issues?

For example, plaintiff attorneys contact legal nurse consultants who they have hired to work on a case. The real issue when they’re complaining about billing is that the bill is higher than they expected. The attorney is going to have to go back to the client and give an explanation as to why the initial review took 15 hours instead of perhaps an unrealistic estimate of seven or eight.

Was it because the medical records were poorly copied or illegible or completely scrambled or there were complexities in the case that the attorney was unaware of?

While the angry attorney is concerned about the bill there’s often an ego and a client representation issue that is in the background. The attorney’s pride and stature with the client is affected by a bill being higher than the attorney expected.

What they’re often complaining about is not the real issue. Sometimes it’s completely different. When you listen, define and start having a conversation with them you will get to clarity.

Conflict releases a lot of stress hormones. It’s not pleasant and that’s why most people avoid it. You need to maintain a relationship and work on it. Figure out the problems and start working on solutions.

Solutions for dealing with angry attorneys

Have good conversations about what the problem is and then how to prevent it in the future. Define expectations or let the attorney know if you start getting into this transcript or whatever you’re looking at, it’s going to be more complicated than you thought. Start a dialogue going ahead of time.

Work on moving forward from this conflict because the next conflict is going to look exactly like this one unless you intervene.

When a person agrees to be an expert witness to testify in a nursing malpractice case there is a commitment of anywhere between three to five years to work on that case with the attorney until it gets resolved. If the nurse is consulting behind the scenes, then there’s a little bit more flexibility in terms of being able to walk away from a conflict. If a nurse is working in a law firm with a group of attorneys, it’s not so easy to get up, lock the door and walk away.

There’s a lot at stake in terms of knowing how to be skillful in handling the conflict with an angry attorney.