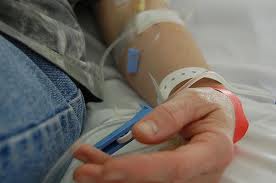 As a legal nurse consultant, you see medical errors from the perspective of what has already happened. Not listening to the concerns of staff nurses may have played a part in the events leading up to the medical error.

“That will never work”, the staff nurse says to her colleague. “The nurse manager wants us to take on these new roles and I know it will never work. We don’t have the time to get involved in that.”

I felt that way about patient centered care. The hospital where I worked as a medical surgical nurse wanted RNs to start IVs (after doing away with the IV team), find beds in nursing homes, do EKGs and draw blood. I had grave reservations about using these skills while working 1 or 2 days a month, and could not take off 2 weeks from my LNC business to go through training.

My exposure to cases involving medical errors showed me that people who were not proficient in their skills were involved in injuring patients. I did not want to stick needles in people while I was probing for veins if I had an opportunity to do so only once a month.

The nurses I worked with were not enthusiastic about taking on even more responsibilities on a busy medical surgical unit. Their assignments of 6 to 8 patients did not lend themselves to doing even more.

I approached the nursing administration, all of whom I knew well having worked with them in an administrative capacity before I joined the prn pool. “It does not make sense for me to learn these skills working as infrequently as I do. What provision do you have for accommodating prn nurses?”

I don’t have a dramatic story about a patient injury caused by a person who did not have enough experience in starting IVs or doing phlebotomies. We know nerve damage may result from those procedures. I don’t have a story because I quit after working with this hospital for 15 years. It made me sad to leave patient care but I had a strong committment to not injuring someone.

After training all of the full and part-time nurses, the impracticability of the patient centered care model became apparent and the hospital had to stop it.

When you work in an environment where leaders are challenged by the truth, and choose to ignore it, you are at risk for limiting your career or being fired.

If you rock the boat often enough you will get thrown overboard.

It is hard to determine how many medical errors arise from situations like this. I just know that if leaders don’t engage in the critical conversations with their staff, if they don’t want to hear reservations about new initiatives, they will fail.

The stakes are high in health care. People get hurt when leaders don’t listen.