You are here: Home / Blog / Charles Cullen: Nurses Who Kill 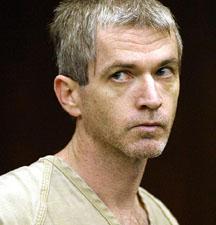 Charles Cullen was a prolific killer. It is even more chilling to realize that no one will ever know how many patients Nurse Cullen killed. He did not keep track and his murders took place over 17 years. One estimate is that he killed over 400 patients.

I recently read The Good Nurse, by Charles Graeber, a journalist who assembled a comprehensive account subtitled: A True Story of Medicine, Madness and Murder. It brought back memories of my role in the investigation of Charles Cullen.

A New Jersey nurse, Charles began killing patients at his first job as a nurse and continued until he was apprehended 17 years later. How did he do it and how did he escape detection for so long?

I was hired by one of the prosecutors brought into the case when Charles was arrested. The question to me was: “Can you go through patient records to see which ones Charles might have killed?” This was a perfect project for my intensivist to help me with. He had screened medical malpractice cases and been an expert witness for my company, and was eager to help.

We received records of the investigations into Charles’ behavior, medical records of patients and staffing records. We looked for a correlation between a patient death and Charles working in the same time frame. Charles killed patients by two primary methods: injecting medication into IV bags that was not intended for the patient, such as insulin, and direct IV push. Occasionally he gave IM injections as well.

Charles even worked out a system to involve other nurses in his killing when he helpfully prepared IV bags with toxic medications for them to hang on their patients. The nurses had no idea he had added medications. He favored drugs like vecuronium, digoxin, and insulin, and he enthusiastically participated in the resuscitations that followed. In some cases, he was well on his way home when the patients began dying.

At the time my intensivist and I reviewed the records, we were not aware of Charles’ specific methods of killing people. We did find several suspicious deaths. When Charles named a judge he’d killed in the specific hospital we were investigating, the prosecutors were satisfied and our work ended.

One of the most disturbing aspects of this horrific story is that Charles’ behavior raised concerns in the hospitals and nursing home where he worked in New Jersey and Pennsylvania. His coworkers thought his behavior was bizarre. Although he was close to being caught, he was clever. The facilities who hired him let him go but did not take further action to report his behavior or notify police. I’m sure it was hard to believe a critical care nurse was killing patients. 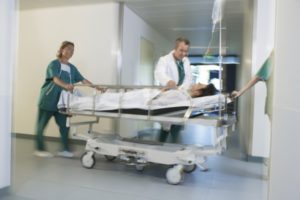 Even more disturbing is that Charles was able to travel to new jobs with facilities either giving him great references or merely confirming his employment. This was in an era when telling the truth about a poor nurse was not done. That changed in New Jersey and the majority of the U.S. after Charles Cullen’s killing rampage was stopped.

One of Charles’ colleagues at Somerset Medical Center, where he was caught, acted in a legal nurse consultant type of role. She worked undercover with the detectives to help them understand the opportunities for Charles to access medications, and she studied the medical records and medication cart printouts to put the case together.

This Was More than a Case to Me

The Charles Cullen story detailed in The Good Nurse touched me personally and professionally. Before I got involved in his case, I had read several stories of mass murderers like Ted Bundy – to understand what drove their behavior. The author of The Good Nurse did not focus as much on why Charles killed as much as he did on how and when Charles killed.

I am familiar with every facility where Charles worked. He was literally killing patients in the same town where I worked. My family could have been one of the victims had they been hospitalized while he was “reducing the census”. The defense attorney who was the first New Jersey attorney to interview him was one of my clients.

The revelations about Charles’ actions led to civil suits against the hospitals for not being forthright in sharing their concerns about Charles in reference checks, among other allegations. The plaintiff attorneys came to me looking for an expert witness. I referred those cases to a critical care nursing expert. (The prosecutor asked me to not be involved in those cases, so the expert worked independent of my company.)

Charles Cullen took advantage of holes in the healthcare system to kill people, and much has changed to close those holes. That may provide some comfort to the families of the victims and to LNCs working with attorneys to make health care safer.