You are here: Home / Blog / Is it Medical Malpractice or Just a Bad Outcome? 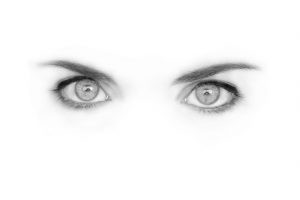 I’m sitting on my hotel bed reading my friend’s medical records. It is the night before her appointment with a second opinion cataract surgeon at Wills Eye, a Philadelphia hospital that specializes only in eye disorders. As she paces nervously around the room, she says, “I know he screwed up my surgery. Do I have a medical malpractice case?”

Two months before, my best friend (since I was 10 years old) went to a surgeon where she lives in Colorado to have cataract surgery. She has astigmatism and had cataracts in both eyes. The surgeon decided to operate on the worse eye first.

Their communication did not go well from the start. When my friend asked him to clarify a statement during that first office visit, he snapped at her and said, “I already told you that!” She stood her ground and explained that she did not understand the medical terms he used. He reluctantly repeated in simpler terms what he had said.

She found him to be arrogant, demeaning and hurried in his approach. At one point she said to him, “You’re not the only one with a college degree in the room.” The emphasis in his practice seemed to be to get in as many patients as possible.

On the day after surgery when her eye shield was removed, my friend saw a box blocking her central vision. The medical records confirmed she had 20/400 vision after surgery and that she was anxious and crying because she could not see. The surgeon did not describe the visual defect in his notes.

Over the next month, she continued to see the box, which meant that she could not see to read or drive using only that eye.

Her vision was worse after surgery than before.

A note of impatience crept into the physician’s documentation as he commented that she was anxious and crying. He told her he would rather retire than to operate on her other eye, and recommended she go elsewhere for the other cataract surgery, which he said needed to be done right away. He wrote that she had an excellent result (even though she could not clearly see.)

Time for a Second Opinion

At that point I did a quick internet search and identified the 3 top hospitals for eye surgery. All 3 are on the East Coast. Because my husband and I have had great experiences with Wills Eye, I recommended she get a second opinion with a top cataract surgeon at that facility. Luckily, she has Medicare and Blue Cross Blue Shield. Incredibly, Wills Eye was in network for her insurance plan.

The atmosphere at the Wills Eye cataract surgeon’s office could not have been more different from the one at her local ophthalmologist’s office. Everyone was friendly and polite. A kind, courtly man, the cataract surgeon told my friend he believed whatever was blocking her vision was present before surgery. When the cloudy lens was replaced with a clear one, the deficit became apparent. The Colorado surgeon did a technically fine surgery; he did not commit medical malpractice.

The Wills Eye ophthalmologist assured her she did not need to have the other eye’s cataract operated on right away and could wait until next year. His office was able to get my friend an appointment at the retinal surgery department of Wills Eye the following day in time for her to be seen before she returned to Colorado. 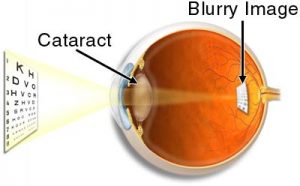 After many hours of waiting and many tests, the attending physician in the retinal surgery department triumphantly announced the problem: a tiny bit of vitreous had slipped down within her eye to block her vision. This sagging piece of vitreous was revealed when the cloudy lens was replaced with a clear one. It would eventually slide out of her central area of vision, although it might take several months. She did not require surgery on that eye.

My friend came to Philadelphia convinced her local ophthalmologist had committed medical malpractice. She was furious with the way he treated her and her poor outcome and wanted to sue him. I told her she first needed to confirm that he had injured her during surgery and to see if the damage could be corrected.

My friend will return to Wills Eye next year for her cataract surgery. Now that she knows she does not have a viable medical malpractice claim, she has one tactic left. She knows a lot of people in her community who may need cataract surgery in the future.