You are here: Home / 52 LNC Writing Tips / How do I organize my report? 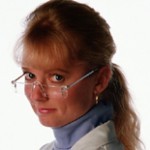 Bill (name changed) has a book partially written sitting on the hard drive of his computer. He reads other books written on the same subject and says, “My book is better.” But he is stuck, unable to finish it. When I asked Bill why he was blocked, he said, “I’m dyslexic. I get lost in the material.”

1. Bill’s book is written about a model that has 8 parts. I suggested he create 8 chapters, one for each of the components of the model. By sorting the information into chapters, he would see where his holes were. Some parts would be shorter; some parts would be longer, and he could see if any information needed to be moved. I suggested he print out the book and physically reshuffle it. When he found a section on page 3 that needed to be moved to page 21, he would make a note in the margin as to where he should move it. On page 21, he’d write a corresponding note that would tell him where to insert the material.

Legal nurse consulting reports typically have a beginning, a middle and an ending. An expert witness report has

A personal injury medical summary may have

2. I suggested to Bill that he divide the chapters using headers and subheaders. He would then see if he had material that had to be reshuffled.

3. I suggested to Bill that he create an outline of each chapter, using the headers and subheaders, and that would help him see the organization. Then Bill’s eyes sparkled and he said that he likes to use mindmaps to organize information, and they are easier for him to use than sequential outlines.

There are several sources of free mindmapping software on the internet. I have a few kinds of mindmapping software but have not taken the time to learn how to use them. You can create an outline for a report, type in the headers, and then go back and fill in the sections. If you are creating the same type of report over and over, it is easier to start with a template/outline. This is particularly effective if you are extracting the same data elements from each set of medical records. For example, we worked on cases involving pedicle plates and screws, vaginal mesh, and hepatitis-contaminated gamma globulin. We prepared a medical summary, time line, analysis, list of missing records, list of exhibits, and chronology for each set of medical records. Each patient’s reports followed the same format. I’ve used the same approach with product liability cases, personal injury cases, and with a criminal investigation involving a nurse mass murderer.

Pat Iyer is the author or editor of over 30 books. The largest book involved 52 chapters. She has written hundreds of legal nurse consulting reports. Get Pat’s handy guide on How to Get Published to jumpstart your writing career.