You are here: Home / Blog / What Not to do When You Fail 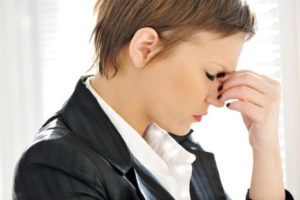 To “fail” is a negative concept in any setting, and particularly so in legal nurse consulting. When we work on medical malpractice cases, we discuss how the nurse or doctor or other provider failed to do this, failed to do that, failed to follow the standard of care.

Legal nurse consulting teaches us to be judgmental, and indeed, rewards us for being judgmental. How easy it is to turn the lens on ourselves!

You will fail. There’s not a person alive who’s never failed. If you can accept the inevitability of failure instead of dreading it, you will find it much easier to achieve success.

Carrie, by Stephen King, was rejected by over 30 publishers. He was so discouraged that he threw the manuscript away, but his wife retrieved it.

Abraham Lincoln went off to war as a captain and returned as a private. He also failed spectacularly at business and during his early political career.

After Elvis Presley’s first performance at the Grand Ole Opry, he was fired and told he should go back to being a truck driver. 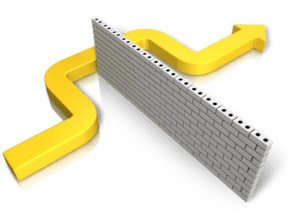 What They Didn’t Do

They didn’t give up.

What They Probably Didn’t Do

They didn’t castigate themselves. This is crucial. You will be tempted, especially if you had critical parents who said things like, “Why did you do that?”, “You’re so careless,” and “Can’t you ever do anything right?”

Criticisms like the above get recorded in children’s brain cells, available for instant replay whenever they fail. Don’t try to stop yourself from doing this. Instead, listen to yourself.

Write down what you’re thinking. Bringing these destructive words to the surface where you can objectively look at them robs them of much of their power.

The more aware you are of these messages the better able you’ll be to counter them with positive statements.

What They Did Do

“I think it’s important to have a good hard failure when you’re young . . . because it makes you kind of aware of what can happen to you. Because of it, I’ve never had any fear in my whole life when we’ve been near collapse and all of that. I’ve never been afraid.” Walt Disney

“It is impossible to live without failing at something, unless you live so cautiously that you might as well have not lived at all—in which case, you fail by default.”

Your Success Belongs to More than You

In 2019, J. K. Rowling’s net worth was estimated at $700 million. She’s no longer a billionaire because of the huge sums she’s donated to charity.

This means countless people have materially benefited because she didn’t quit. An even larger number of people, both children and adults, have gotten to enjoy her writing.

Researchers say the Harry Potter series encouraged an increase in reading among children and young adults, with a corresponding increase in literacy.

We can all be glad J. K. Rowling persisted.

When you help attorneys with their cases, you rarely see the rippling effects of the successes.

You can’t estimate the impact you might have. It’s certainly worth a little failure.