You are here: Home / Blog / Racism in Your LNC Company 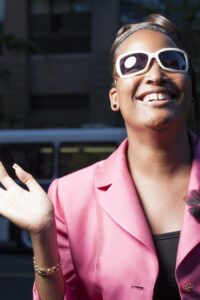 One hundred years after the creation of the Aunt Jemima stereotype, one might hope that companies might have learned not to create racist images. Gucci dispelled this hope.

During Black History Month in 2019, the Italian luxury brand for fashion and leather goods launched an $890 blackface sweater. You can see it here.

The response was quick and furious, and Gucci immediately removed the sweater from stores. However, they reduced their credit for their response when they remarked that they didn’t know blackface images were racist.

Gucci would have done better to have kept its corporate mouth shut; yet they underlined the problem. Most corporate leaders don’t know, and their ignorance could be their undoing.

Who knows what might slip by in an ad, commercial, blog post, public service announcement? Racism that creeps into writing is especially serious, because words have a way of lasting.

Challenging racism in your LNC company is difficult, especially when one considers that people of color who studied its nature concluded that racism is deeply embedded in such cultures.

A few weeks ago when I attended a program on diversity and inclusion, the speaker asked us to think about and reword expressions that were inherently racist. I’d never thought about some of them as racist. These words creep into our language.

A number of scholars state that standards of professionalism are defined by white supremacy culture. This means the systemic, institutionalized centering of whiteness. By whiteness they mean standards such as dress code, speech, work style, and timeliness.

(For a more detailed and thorough analysis of white supremacy culture, see this file.)

When white supremacy cultural standards reign, a plain, unobtrusive business suit is the standard. Dashikis, saris, hijabs, and other so-called ethnic garments are not. Afros are “unprofessional.” Straightened hair is acceptable; Afros are not.

Racism in your LNC company could mean means thinking that people’s names should sound “American,” too. In a number of research projects, job applications were sent to companies. The information would be identical, but some had neutral, Anglo-Saxon names, while others had distinctively ethnic names. The companies favorably received the applications with the Anglo-Saxon names and rejected the others.

When I married my Indian husband in 1970, my married name was Pat Dharmarajan. My staff nurse colleagues told my last name was too difficult to pronounce. “We’ll call you Mrs. D.” When I replied that I did not want to be known as Mrs. D, they solved the problem by avoiding calling me anything.

Two years later, my husband changed his name when he became a citizen, and although Iyer is easier to say, it is hard to spell.

Another issue with job applications is that people of color, particularly if they are the first professionals in their families, have not been exposed to the language styles of corporate professionals. These styles include unnecessarily complex vocabulary, syntax, and jargon. When they don’t appear in someone’s cover letter and resume, the applicants may be rejected. This is hiring discrimination.

A special note on jargon: Part of LNC businesses involves jargon. The most obviously example is “techie” and “geek” talk, and bankers, marketers, and other professionals have their secret languages that exclude others.

These code words and phrases may appear in company memos or other in-house documents. They will puzzle anyone who’s not privy to their meaning, and that again will unfairly mark the outsiders as less intelligent.

In both written and verbal language, racist reactions show up. Someone who does not have English as a first language may be seen as not very smart, a little slow, and someone you wouldn’t want to give a presentation.

Education and Training for Racism in Your LNC Company are Key

Increasingly, companies are hiring experts to help them root out their internalized corporate racism. It’s a big job that may involve trainings at every level of management. It may require very careful reading of all the the LNC business written material.

When the LNC is guilty of using racist language, the sensitive client may quietly disappear and will never tell you that you were offensive.

This issue involves not only the discriminatory treatment of minority employees. It also impacts on the kind of message companies give their customers. How many people, both non-white and white, will remember Gucci’s blackface sweater? Would you want your company to be remembered for something like that? 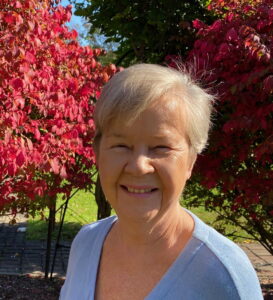 Pat Iyer is president of The Pat Iyer Group, which develops resources to assist LNCs to obtain more clients, make more money, and achieve their business goals and dreams.

Pat’s related websites include the continuing education provided on LNCEU.com, the podcasts broadcast at podcast.legalnursebusiness.com, and writing tips supplied at patiyer.com.