You are here: Home / Blog / Bullying is a global issue 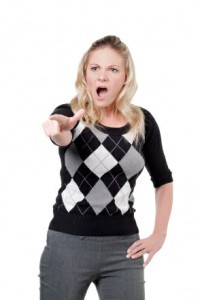 Bullying behavior is not confined to the United States, I confirmed when I was teaching in Australia in May. Bullying is a global issue. After I presented about bullying at the International Council of Nurses Quadrennial Conference in Melbourne, Australia, several nurses from other countries spoke to me about bullying in their countries.

Bullying is offensive, intimidating or insulting behavior that upsets the recipient, who feels humiliated or vulnerable. It includes gossiping, backstabbing, and scapegoating that undermining staff morale, self-worth and team cohesiveness.

What makes bullying a global issue?

Dr. Alan Rosenstein, who counsels bullying physicians, told me that his research shows that 15-20% of all adverse medical events are due to disruptive behavior. Attorneys and legal nurse consultants will eventually encounter a case in which disruptive behavior led to patient harm. The role of intimidation may not become clearly revealed, as many healthcare providers would be reluctant to testify about their hesitation to confront a bully.

Although The Joint Commission, which accredits healthcare organizations world-wide has standards which require organizations to address disruptive behavior, bullying has not been stamped out.

Bullying is a particularly dangerous activity within health care.

The delivery of health care is complex and requires coordination of efforts and sharing of information. Staff who are intimidated avoid communicating with the intimidator. Nurses intimidated by physicians don’t question orders, don’t speak up as a patient advocate, and don’t seek help for patients.

Our healthcare environment in the U.S. is changing as we recognize the high costs of bullying: turnover, absenteeism, law suits, and patient harm. My presentation revealed that other cultures struggle with the issue as well. We have much work to do to make bullying a thing of the past.

Pat Iyer MSN RN LNCC presented two papers at the International Council of Nurses in Melbourne, Australia: The Impact of Bullying and Patient Education through Teleseminars.