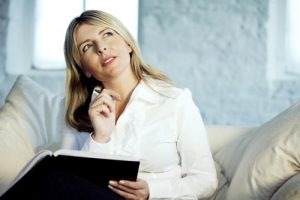 Mark Twain said that. His actual words were, “When you catch an adjective, kill it.”

He explained he meant most adjectives. He objected to them because they tended to create (adjective alert) flowery and verbose writing.

The doctor’s face was dark, bitter, and belligerent, and he yelled at the patient in a loud and aggressive voice.

That sentence has five adjectives. How much does they tell us?

Do faces really get dark as an expression of mood? Faces might redden as more blood flows to the cheeks, but I wouldn’t count on “dark” to express anything meaningful.

And how can a face be bitter? How does a bitter expression look? This word describes nothing.

“Belligerent” has potential. Someone might thrust a chin forward in a belligerent manner, but that word might better describe an overall body language that includes fists tightened, shoulders tensed, and other signs that a person is about to initiate a fight.

If the writer wrote the doctor yelled, we can assume his voice was loud. Yelling is most often a sign of aggression. We can eliminate these two adjectives. We could get a much better picture of his mood if we knew what he said. 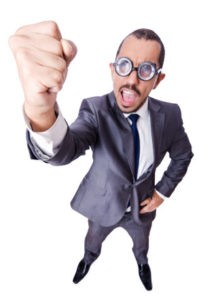 He thrust his chin forward, and raised his fists to her. “I’ll never operate on you again.”

We can be sure that he didn’t speak in a gentle, kindly, or quiet voice because the first sentence describes his body language and suggests hostility and anger.

Kill the Adjectives Means Sometimes an Adjective is Weak

“Pretty,” “nice,” “big,” “frightening,” “friendly” are examples. Sometimes these adjectives have a place in writing, but you should always look for stronger replacements. These may not always be adjectives.

“He decided that she had a pretty face.” But what does he think of her?

“Her face appealed to him.” The verb is stronger because it’s active, and it tells us his reaction to her.

“The loud sound was frightening.” “Loud,” “sound,” and “frightening” are all weak.

“The IV pump’s alarm terrified her.” Two strong nouns and one strong verb tell us exactly how she feels.

“The friendly nurse approached the man.” How do we know she’s friendly?

“The nurse smiled and held out her hand.” This is a friendly nurse. 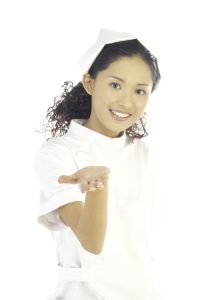 Herein lies one of the biggest pitfalls of adjectives. They tell instead of showing. (Adverbs have the same problem.) Showing is always more powerful.

If we go back to the friendly nurse example, you can see that the writer expects the reader to believe without evidence that the nurse is friendly. We want evidence. Show us the smile and the extended hand.

Although the examples I’ve given are fiction, the same applies to a description of your services.

“We offer the best legal nurse consulting services.” Best is an adjective that tells me nothing. I’ll go on to the next LNC on my list.

“Almost 97% of our customers have used our LNC services for two years or longer.” Now I’m interested enough to investigate.

I’ll look at your web site, and if offers further tangible information about the value of your services, you may win me as a customer.

Never underestimate the power of killing an adjective. 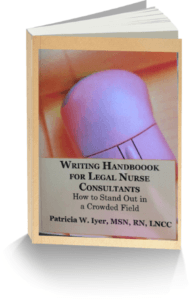 Sharpen your writing skills with our Writing Handbook for LNCs. Put Pat Iyer by your elbow and never wonder again about whether you are using the right grammar, punctuation spelling or report formats.