You are here: Home / Blog / Chronic Traumatic Encephalopathy: The only preventable cause of dementia 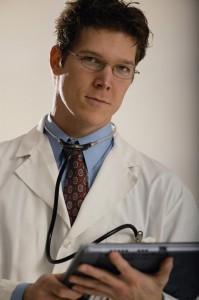 You’ve read about athletes who have suffered repeated concussions and resultant brain damage. This cause of injury is not new, but our understanding of the consequences is. Chronic traumatic encephalopathy (CTE) is a progressive degenerative disease of the brain in people with a history of repetitive mild brain trauma including multiple concussions. These injuries can cause an abnormal build up of tau proteins that become tangled inside the nerve cells of the brain, and ultimately strangle and destroy the cell.

In a healthy brain, impulses are transported from the nerve cell body to the synapse along the axon. This transport system is made up of microtubules held together by tau proteins. In a video called “Inside the CTE Damaged Brain”, Dr. Ann McKee, the Co-director of the Center for the Study of Traumatic Encephalopathy (CSTE) at Boston University School of Medicine, explained that repeated head injuries could cause the tau proteins to detach from the microtubules, causing them to fall apart. The tau proteins can then become tangled inside the nerve cell and ultimately kill the cell. This damage can spread to other cells and lead to symptoms such as dementia. Tau clusters are a “tell-tale” sign of CTE.

Depending on the area of the brain affected by this degeneration, symptoms can include memory loss, confusion, impaired judgment, paranoia, problems with impulse control, irritability and other personality changes, depression, and eventually more severe neurological changes such as progressive dementia. The only way to diagnose chronic traumatic encephalopathy (CTE) is through the examination of brain tissue after a person has passed away.

In an article entitled, “The spectrum of disease in chronic traumatic encephalopathy” in the 12/2/2012 issue of BRAIN, a journal of neurology, the authors reported that CTE “occurs as a consequence of repetitive mild traumatic brain injury.” They stated, “Although historically, CTE has been primarily associated with boxing, CTE may also occur as a consequence of American football, hockey, wrestling, rugby, and exposure to blast or concussive injury associated with military service.”

CTE has distinctive neuropathological changes that are “easily distinguished” from other tauopathies (progressive neurodegenerative diseases associated with the accumulation of tau protein in the brain).

The authors reported, “…this study clearly shows that for some athletes and war fighters, there may be severe and devastating long-term consequences of repetitive brain trauma that has traditionally been considered only mild.”

These studies reinforce that repetitive mild head injuries can have serious long-term repercussions. It is NOT just a concussion. I hope that continued research will lead to more emphasis on preventing “head hits” and other head injuries in all sports, and better protection for our brave men and women in the military. There has been a lot of discussion about improving equipment such as the helmets used in sports. However, because the brain can travel about inside the skull, and many head injuries are caused by the brain hitting the inside of the skull, padding from outside the skull is not the complete answer to preventing brain injuries.

The Center for the Study of Traumatic Encephalopathy (CSTE) at Boston University School of Medicine is the leading center in the world studying the long-term effects of repetitive brain injuries in sports and the military. According the CSTE, “CTE is the only preventable cause of dementia.”

Center for the Study of Traumatic Encephalopathy: http://www.bu.edu/cste/